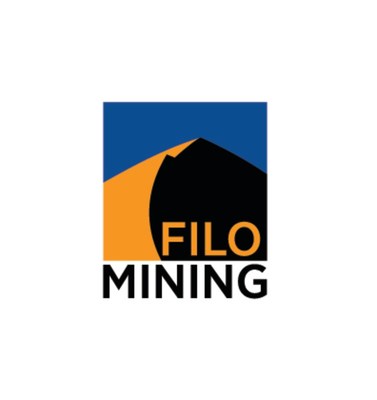 Commenting on today's news release, Adam Lundin, President and CEO of Filo Mining remarked, "The 2017/18 drill program at Filo del Sol proved very successful, and as a result the Company confirms increased tonnage and contained metal in the Indicated Resource category. The resource conversion from Inferred to Indicated for all metals is significant, is in line with expectations and again illustrates just how exciting the Filo del Sol project is.  Supported with this updated estimate, I am confident that the Company will meet the targeted release of a prefeasibility study in Q1 2019."

The resource estimate presented in Table 1 represents the total Indicated and Inferred Mineral Resource, divided between the four mineral zones.  Each of these zones was reported at a different cutoff grade, based on expectations of the most important metal or metals in each zone.  Base-case cutoff grades are shown in Table 1 and each zone is reported at a range of cutoff grades in Tables 2-5 below.  These four discreet mineralized zones have been aggregated to derive the total mineral resource.

This resource update will form the basis for a Pre-Feasibility Study ("PFS") which is currently underway.  Details of the methodology used to develop the resource will be included in the National Instrument 43-101 Technical Report describing the results of the PFS which is expected to be completed in Q1 2019.  The PFS will continue on from the PEA in studying a leach-only operation, and so will evaluate only the AuOx, CuAuOx and Ag zones.

The Mineral Resource estimate as of the effective date of June 11, 2018 is shown in the tables below:

Differences between the current estimate and the 2017 estimate are due to a combination of new data collected during the 2017/2018 drill campaign and associated modifications to the geology model and zone definitions for some of the mineral zones.  In aggregate, the indicated resource increased by 52.2 million tonnes (14%) while copper, gold and silver grades remained virtually unchanged.

At the base-case cutoff grade of 0.2 g/t gold, the AuOx zone saw a slight decrease of 2.6 million indicated tonnes (5%) due to new information from drilling at the north end of the gold zone.  The grade remained unchanged at 0.42 g/t gold.

At the base-case cutoff grade of 0.15% CuEq, the CuAuOx zone saw a sizeable increase of 83.9 million indicated tonnes (48%), with a slight decrease in grade from 0.42% copper to 0.38% copper.  This results in an overall increase in indicated contained copper of 530 million pounds (32%).  This change resulted from a combination of new drill data, and a modification in the split between oxide and sulphide copper mineralization based on sequential copper analyses and detailed logging.

The oxide / sulphide split resulted in a decrease in the indicated tonnes for the Sulphide zone of 33.1 million tonnes (31%) and a corresponding decrease in contained copper of 207 million pounds (31%).  A large proportion of this material was not lost from the resource, but was reclassified as CuAuOx material.

Total indicated tonnes for the Ag Zone increased by 4 million (11%) and the silver grade increased from 69.5 g/t to 87.6 g/t for an overall increase in contained indicated ounces of 33 million (40%).  This increase was primarily a result of new drill data.

The resource estimate was completed by James N. Gray, P.Geo. of Advantage Geoservices Ltd., an Independent Qualified Person as defined by National Instrument 43-101 Standards of Disclosure for Mineral Projects (NI 43-101) in accordance with the Canadian Institute of Mining, Metallurgy and Petroleum (CIM) Standards on Mineral Resources and Mineral Reserves, adopted by CIM Council, as amended.  Estimation methods are summarized below.  Further details of the estimation methods and procedures will be available in a NI 43-101 Technical Report which will be filed on SEDAR (www.sedar.com) within 45 days of completion of the PFS, expected to be early in 2019.

The resource estimate is controlled by a geologic model based on three-dimensional interpretation of drill results and surface geological mapping.  An additional 45 holes have been included in this resource update compared to the 2017 Mineral Resource estimate. In total, 188 holes (30 core and 158 RC) have been utilized in the resource estimation.  Copper, silver, and gold assays were composited to a constant length of two metres.  Outliers to the composite distributions were controlled by high-grade capping.  Grades for the three elements were estimated by ordinary kriging using Gemcom® software, into 15 x 15 x 12m blocks.  Average rock densities were applied based on the geologic model.  A total of 1,369 density measurements have been made on core samples.  Bulk density for the deposit averages 2.31 tonnes/m3.

Contiguous blocks were assigned as Inferred Mineral Resource where they are nominally: within 50m of a drillhole and/or have sample data in at least three octants of a 150m spherical search. Indicated blocks are greater than 25m inside the classified volume and estimated by at least three holes, and within 65m of the closest hole or have samples in at least five octants of a 150m spherical search.

Reasonable prospects of eventual economic extraction were established by the optimization of a Whittle® pit shell using the following parameters: Cu $3/lb, Ag $20/oz, Au $1300/oz, average recoveries of: 75% Cu, 68% Au and 82% Ag, slope of 45°, mining cost of $2.50/t and an average process cost (including G&A) of $13.26/t. These parameters are the same as those used for the 2017 Resource in order to allow for a direct comparison of the changes.  All material included in the Mineral Resource Estimate is within the optimized pit shell.

There are no known legal, political, environmental or other risks that could materially affect the potential development of the mineral resource.

Mr. James N. Gray, P.Geo. of Advantage Geoservices Ltd., is an Independent Qualified Person as defined by National Instrument  43-101 Standards of Disclosure for Mineral Projects (NI 43-101) and is an independent consultant to the Company.  Mr. Gray prepared the Mineral Resource Estimate contained herein and has reviewed and approved the technical information pertaining to it contained in this news release.

Mr. Bob Carmichael, B.A.Sc, P.Eng., is the Qualified Person as defined by National Instrument 43-101.  Mr. Carmichael is Vice President, Exploration for the Company and has reviewed and verified that the technical disclosure contained in this news release is accurate.

Samples were collected at the drill site by Company personnel with initial splitting carried out at a facility near the drill sites and final splitting completed at the Company's core processing facilities located in San Juan, Argentina or Copiapo, Chile.  Individual samples represent final splits from 2 metre intervals down the hole.  Samples were analysed the ALS laboratory in Mendoza, Argentina or Lima, Peru (2017/2018) or ACME Labs in Santiago, Chile.  Samples were crushed, split and 500g was pulverized to 85% passing 200 mesh.  Gold analyses were by fire assay fusion with AAS finish on a 30g sample.  Copper and silver were analysed by atomic absorption following a 4 acid digestion.  Samples were also analyzed for a suite of 36 elements with ICP-ES.  Copper and gold standards as well as blanks and duplicates (field, preparation and analysis) were randomly inserted into the sampling sequence for Quality Control.  On average, 9% of the submitted samples correspond to Quality Control samples.

Filo Mining's flagship project is its 100% controlled Filo del Sol Project located on the border between San Juan Province, Argentina and Region III, Chile. Filo del Sol is located between the prolific Maricunga and El Indio Gold Belts, two major mineralized trends that contain such deposits as Caspiche, La Coipa, Veladero, El Indio, and Pascua Lama. The region is mining-friendly and hosts a number of large scale mining operations.  The project area is covered under the Mining Integration and Complementation Treaty between Chile and Argentina, which provides the framework for the development of cross border mining projects.

This information is information that Filo Mining Corp. is obliged to make public pursuant to the EU Market Abuse Regulation. This information was submitted for publication, through the agency of the contact person set out below, on August 8, 2018 at 5:00 a.m. Vancouver Time.

Forward-looking information is based on certain assumptions that the Company believes are reasonable, including that the current price of and demand for commodities will be sustained or will improve, the supply of commodities will remain stable, that the general business and economic conditions will not change in a material adverse manner, that financing will be available if and when needed on reasonable terms and that the Company will not experience any material labour dispute, accident, or failure of plant or equipment. These factors are not, and should not be construed as being, exhaustive. Although the Company has attempted to identify important factors that would cause actual results to differ materially from those contained in forward-looking information, there may be other factors that cause results not to be as anticipated, estimated, or intended. There can be no assurance that such statements will prove to be accurate, as actual results and future events could differ materially from those anticipated in such statements as a result of the factors discussed in the "Risks and Uncertainties" section and elsewhere in the Company's most recent Management's Discussion and Analysis and in the "Risk Factors" section of Filo Mining's most recent Annual Information Form, which are available under the Company's profile on SEDAR at www.sedar.com.. All of the forward-looking information contained in this document is qualified by these cautionary statements. Readers are cautioned not to place undue reliance on forward-looking information due to the inherent uncertainty thereof.